In 1930, the great economist John Maynard Keynes predicted the working week would be drastically cut – to perhaps 15 hours a week, with people choosing to pursue leisure as their material needs were satisfied. Yet despite rising living standards, we are working longer hours than ever before. As the post-war compromise between big business and labour has been rolled back, the world of “ruthless corporate management” that legendary writer Willa Cather broke free of at the turn of the 19th century seems to be returning: leaving us with mountains of work and no opportunity to do anything else with our lives.

We’ve written before about how the new work-life imbalance is stifling our creativity – and unfortunately it seems as though we are on a one-way street. There’s no chance to collect our thoughts when we’re always collecting emails and phone calls from irate colleagues: and there’s far fewer opportunities to sit quietly by ourselves – a necessary ingredient for creativity. It’s not a good time to be a worker. Or an aspiring creative, for that matter, since the 60 – 80 hour week doesn’t allow us to develop the required routines needed to create art.

So how can we fight back, and start reclaiming our right to live rather than just work and exist? Well, getting involved with unions and politics might be a start – and it seems lots of us are doing just that; with sales of left-wing literature seeing huge increase in sales at the same time as leaders like Jeremy Corbyn and Bernie Sanders are coming to prominence in the UK and USA, while radical left parties in Greece and Spain also win successive political victories.

But if you don’t have time to man the barricades, there are still ways of freeing your mind, even if you remain technically shackled by post-Fordist employment.

Perhaps one of the easiest – and most effective – methods here is returning to the humble book. After all, literature provides us with some of the most important knowledge we’ll gain as human beings, and reading – so intrinsic to human nature as to be described as “a biological act” by Umberto Eco – is ultimately an intensely satisfying and pleasurable experience – of which we these days experience far too few.

Yet how can you find time to read War and Peace when you can’t find the time to do anything other than answer emails all day?

The good news is, you don’t have to pick up a huge novel in order to experience the richness of brilliant writing and find examples of brilliant literature. In fact, below, we’ve compiled a mini-collection of incredibly short and incredibly beautiful stories from some of the greatest writers. And the best bit? You only need a few minutes to read them; and they are totally free (so don’t let the capitalists tell you that only things that cost money have value).

Here, then, you have a plan of action: reclaim your soul from your employer and take your lunch break today. Go outside, or find a relaxing environment inside if the weather is bad – and read these great pieces of writing. The stories below provide poignant revalations about life and, at only a few pages each, they can be read in the time it takes to eat a sandwich.

Saviours of the written word: go forth!

In 1966, John Updike told Life Magazine his subject was “the American Protestant small-town middle class”. His short story, Pygmalion, published in 1981 in the Atlantic, seems to fit the bill here – although the religion and class of the characters are never mentioned outright. The story is about a man who can’t understand a social gathering until his wife performs it, with pitch-perfect mimicry, back at home later in the evening. And, of course, it’s about much more than that, too.

A schoolteacher seems to be followed by death. This strange story is a fantastic example of escalation – and dark comedy. We are encouraged to question both death and life – and the value we place on different things in the world – as the schoolteacher rather nonchalantly reacts to the events around him. Writers, take note here how Barthelme never uses an unnecessary word – and instead uses avoidance techniques and ellipses to highlight movement of times and trains of thought, and to also give the impression that something is awry. It’s an absurd world, which is nonetheless perfectly crafted. Post-modern and funny to boot – nothing is as it seems.

A curious story indeed, from a true literary genius. It takes Saunders less than two pages in this story to make readers question their understanding of right and wrong – and even question reality. Told from the perspective of an overprotective father, desperate to guard his kids from his neighbour, lines blur quickly – to the extent that we are quickly dragged into a violent world seemingly headed toward chaos.

Chekhov’s short piece tells the story of Nellie, a young girl, who looks into a mirror and sees her future, which involves a desperate, hopeless attempt to save her husband from typhus. The story shows the battle between a young girl who believes in the power of love even while coming up against the harsh realities of life — the surprise ending shows how quickly those realities can be forgotten. 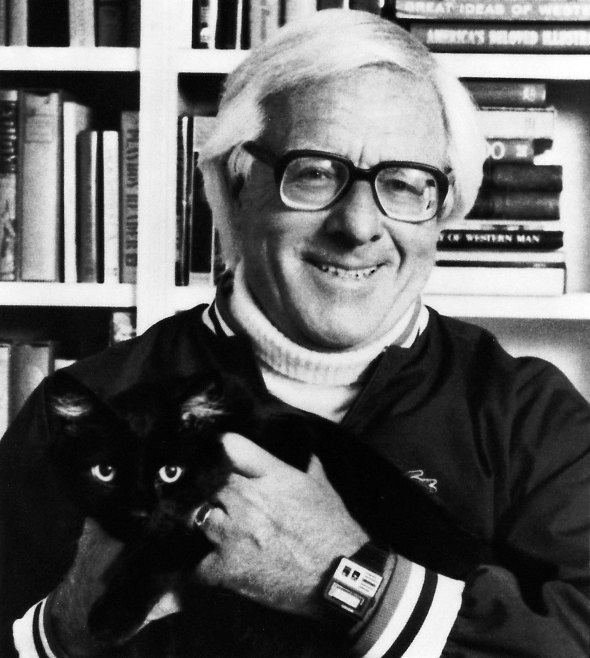 What would you do if you only had one more night? This is the subject science fiction legend Bradbury explores in this fascinating story, in which he explores a world where everyone has the same dream that the world would end – yet no one erupts into panic. Instead, the unstated end of the world lends a kind of calmness to society with everyone following their daily routines as planned. Touching and poignant.

‘“Go away. I am not making myself ill.” No; she was drinking in a very elixr of life through that open window.’

An early feminist writer, Chopin wrote her short stories in the Southern States of the USA during the 19th century. In this moving, intelligent piece, the events of which take place within the space of an hour, she examines how marriage – no matter how loving – can still become a prison for women.

Like all good stories, this one is set on a fox-breeding farm. From here, Nobel Prize winning author Alice Munro details the work on the farm – the killing, skinning and preparation of the foxes – and tells the story of the painful process of growing up. Not only does the piece provide a smart commentary on gender roles, it also explores ideas of family – and of freedom.