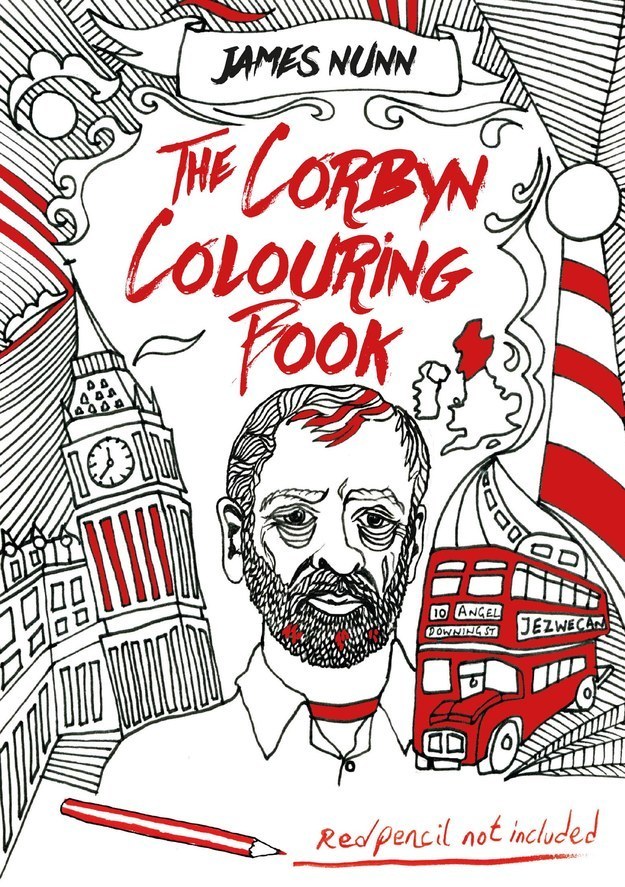 The winds of change are turning through the publishing industry, as bookstores across the UK report huge spikes in the sales of socialist and left-wing literature.

It is believed the increase in sales is linked to the rise of Jeremy Corbyn – the left-wing leader of the UK’s opposition Labour Party.

Books like Karl Marx’s Capital used to be the preserve of politics students, political theorists and veteran activists; but not anymore. Andrea Butcher, of Bookmarks, a socialist bookshop at the heart of Bloomsbury, central London, said: “We’re already out of Capital, Volume I, because people have been buying it so much. For other people, it’s books like The little rebel’s guide to Marx – which we’re having to reprint because we’re almost out of it.”

And Ms Butcher is clear that she believes the rise in sales is linked to Jeremy Corbyn’s ascent to leader of the UK’s main opposition party.

“I think one of the things that the Jeremy Corbyn victory has done is that it’s given people a shot in the arm; it’s building up confidence and people are now looking to the books that can help them in the fights they are facing,” she said.

“Those fights could be around housing, or increased private debt due to government austerity measures – and we have books on housing and austerity that are flying off the shelves,” she added.

But it’s not just niche bookstores registering a spike in sales of Marxist and other left-wing literature.

Vivian Archer, manager of Newham Bookshop, which stocks a wide variety of literature, says that interest from consumers has clearly shifted to the left.

“Basic things like the Communist Manifesto have been the biggest sellers,” Ms Archer said. “It’s people trying to find out about the history of the Labour movement; the trade union movement; and there are also a lot of new books on the NHS and the NHS has been a major issue. And, of course, anything on austerity.”

The publishing industry at large has clearly recognised the shift toward left-wing ideals, too, and bookstores across the UK are now eagerly awaiting the arrival of a much-anticipated Jeremy Corbyn-themed Adult Colouring Book.

The book, the creation of illustrator James Nunn, features images of Jeremy Corbyn sitting down for tea with the queen, and squaring off with David Cameron in the boxing ring.

On his creation, Nunn says he came up with the idea based on the fact that “Corbyn is a massive part of our cultural consciousness at the moment.”

“I’m trying to reach out to everyone across the political spectrum,” Nunn added. “So if you want to pick one up and draw horns on Jeremy, that’s fine; but there’s this centre-right zeitgeist that is currently trundling on that has not previously been checked with proper opposition, and I think it’s important to have a voice on the left that Jeremy provides that can hold these right-wing ideas to account. I think these differences of opinions are good.”

Nunn also admitted that Corbyn was an illustrator’s “dream” to draw, noting that “his eyes hold you, and he has these great laughter lines. The beard helps you shape things […] he’s so much easier to draw than David Cameron with his big dough face who has no markings, no sign of life on his face.”

“Of course I’m a fan of Corbyn,” Nunn said. “He’s been making people’s lives better for 40 years rather than being an overprivileged ball of dough.”

And it’s not just people over voting age getting caught up in the literary Corbynmania: sales of left-wing children’s books, like Click Clack Moo are also on the rise. These books include cows going on strike when the farmer refuses to improve working conditions, with support from the chickens, who get involved with secondary picketing.

Professor Wu says: “At a time when the mainstream media is continually trying to paint Corbyn in a negative light – as Paul Myerscough excellently details here – it’s great to see this isn’t impacting real public perception of a man who inspired hundreds of thousands of people over the summer with his honesty, his integrity, and his popular policies, such as support for the arts and creative industries, and his resistance to austerity – which has been shown time and time again to be, simply, the worst way to deal with an economic crisis caused by an over-reliance on an unregulated financial sector.”

“Just because many bookshelves of bookstores are now dominated by the latest memoir of your premier league footballer, or other minor celebrity, doesn’t mean that British readers don’t still demand – and in fact actively crave – intellectual literature. The ideas of Marx and other left-wing philosophers haven’t disappeared, and are actually perhaps more relevant today than they have ever been. As we wrote in a recent article, books have the capacity to break down walls and help us better understand the world around us – and so this explosion in sales of left-wing books is testament to the innate human curiosity in ideas, and an intrinsic willingness to learn about life and question the authority of those in power, who, because of self-interest, would rather we didn’t have exposure to any alternative ideas, and seek to suppress creativity and original thought with every attempt.”

“It was the printing press that first helped spread the ideas of Marx and other left-wing philosophers, so it is fitting that the new revolution will not be televised; but will be printed on the page.”