Authors, publishers and literary journals are all finding new ways of connecting directly to their readers – and their wallets – on online platforms such as Kickstarter. In this article, Dan Coxon examines how the social financing can bring new book ideas to life.

Recently there has been a lot of chatter about the future of the short story. Some feel that we’re seeing a resurgence of the short form, citing as proof the phenomenal success of George Saunders, or the unlikely appearance of Tom Hanks’s debut collection. Others feel that the popularity of stories has steadily declined in recent years. In his generally positive introduction to The Penguin Book of the British Short Story, even Philip Hensher was forced to admit that ‘reading short stories rewarded by competitions, I was struck by present-tense solitary reflections, often with characters lying on their beds affectlessly pondering… There was nothing there at all, apart from a fervent desire to win £30,000.’

What everyone appears to agree on is that publishers don’t know what to do with short fiction. Occasionally, the larger publishers will humour an established author – Hilary Mantel, Lionel Shriver – by allowing them a collection between the novels, but you’re unlikely to see many debuts. (Hanks is the obvious exception – but there’s no need to explain the marketing decision behind that book.) New authors are finding that only the smaller, independent presses are willing to take a punt on their genius.

The same is also true of anthologies. I’ve now crowdfunded two anthologies on Kickstarter: Being Dad: Short Stories About Fatherhood (Tangent Books), and most recently This Dreaming Isle (Unsung Stories), a collection of stories inspired by British folklore and local history. Increasingly, independent publishers are turning to crowdfunding as a viable option, and in particular it’s something that seems to be working for the humble anthology. Might there be a future for the short story after all?

In many ways, my experience with Being Dad was typical. Several medium-to-large publishers expressed an interest, but said that anthologies ‘didn’t sell’ (how they would know this when they didn’t actually publish any is one of life’s great mysteries). Eventually, I secured the interest of Bristol-based Tangent Books, who had the foresight to see that this was a book which had both a market and some great stories. There was one proviso: we had to raise the initial costs via crowdfunding.

I’ll admit, at first I was reluctant. There is still an element of resistance to the crowdfunding route, especially among older writers and readers. It’s sometimes seen as being worryingly close to vanity publishing – you go cap-in-hand to your friends and family, beg them for money, and then pay a publisher to print the book. At one end of the scale, this is certainly the case. As in any industry, there are unscrupulous businesses that are only too willing to take your money.

But in all the cases cited here, it wasn’t a matter of funding a book outright via ‘donations’, but rather a means of generating publicity and interest ahead of publication to ensure its success. I find it useful to think of the new crowdfunding model as a kind of inverse marketing: whereas the publicity campaign usually kicks in upon publication, here we did all our marketing in advance. I like to think that most of these people would have bought the book anyway – but by doing it ahead of publication, they helped reduce the risk to both publisher and authors, and therefore made the book possible.

I won’t go into the details here, but suffice it to say that crowdfunding a book is a long and arduous process. What has struck me most forcibly, however, is the interest we have received – and not just from people we knew. Yes, many of my friends backed the books I’ve crowdfunded, for which I’m hugely grateful. But we’ve received pledges from complete strangers from all corners of the globe – some of them extremely generous – and in the final accounting these constituted the vast majority of pledges. With both the books I’ve been involved in, we were able to pre-sell much of the first print run and the projects very quickly went into profit.

My experience is by no means unique. Last year Unsung Stories crowdfunded 2084, an anthology of short stories inspired by George Orwell’s Nineteen Eighty-Four, and they had a resounding success. Their funding goal was reached within eleven hours of the campaign launching, and the final total was almost ten times the original target.

I asked George Sandison at Unsung Stories why they’d decided to crowdfund the book, and this is what he had to say:

‘One of the things an anthology gives you, that a single-author book doesn’t, is a chance to reach the fans of every author involved. Between support from contributors with promoting the launch, and a larger group of people who may be interested in the project, you’ve got a healthy customer base to call on. And one of the things crowdfunding does really well, is get people involved in a project – they get their name in the book, collectible editions, artwork, special stuff they’ll want to keep. So combine those two things and you have a lot of people, who are empowered and made part of the process. Quite literally, they help make the book.’

This is what I’ve found too, and it suggests that there’s a very real business model that’s starting to emerge. Anthologies benefit from having several authors involved, and with their combined fan bases they are able to spread their appeal more widely. Having one or two well-established authors on board can also make it more appealing, especially to an audience that might not have taken a chance on the lesser-known writers.

Of course, it’s not just anthologies that are reaping the benefits of crowdfunding. Independent presses in general are gradually coming to realise its advantages, and many now have a success story to tell. Influx Press crowdfunded their own anthology, The Unreliable Guide to London, which has gone on to receive critical acclaim and was shortlisted for a number of awards. Following that, they also ran a crowdfunding campaign to fund the next year’s publications, which met its target with ease. Dead Ink and Dodo Ink have also turned to crowdfunding to get projects off the ground in recent years, and all are going from strength to strength.

Interestingly, Unbound enjoyed a huge crowdfunded success with Nikesh Shukla’s The Good Immigrant. While this was non-fiction, rather than fiction, it once again suggested that crowdfunding works for multi-author projects. I’ve since been told that Unbound will no longer consider anthologies, a decision that seems to undermine the idea of crowdfunding anthologies as a strong business model. It starts to make sense, however, when you bear in mind that Unbound are now part of the Penguin Random House behemoth. Clearly the mainstream publishing mantra that ‘anthologies don’t sell’ has already seeped through to the Unbounders.

Within the independent field, though, the anthology may actually be thriving, and crowdfunding is looking more and more like the way forward. Yes, short stories are a niche market – but they’re a market nonetheless. By targeting and actively involving readers who have an interest in short fiction, projects like Unsung’s 2084 and This Dreaming Isle are looking remarkably prescient, a glimpse into what the future might hold for anthologists everywhere. Publishers would do well to look to crowdfunding when they’re considering turning an anthology down. The market is still out there – you just have to search for it in the crowd. 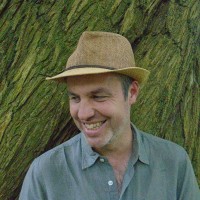 Dan Coxon edited the anthologies Being Dad (Tangent Books, 2016) and This Dreaming Isle (Unsung Stories, 2018), and is a contributing editor at The Lonely Crowd. He also edits and publishes a bi-annual journal of weird and eerie fiction, The Shadow Booth. His writing has appeared in Salon, Popshot, The Lonely Crowd, Open Pen, Wales Arts Review, Gutter, The Portland Review and Unthology 9 amongst others, and he was long-listed for the Bath Flash Fiction Award 2017. He runs an editing and proofreading business at www.momuseditorial.co.uk, and can be found on Twitter at @dancoxonauthor.