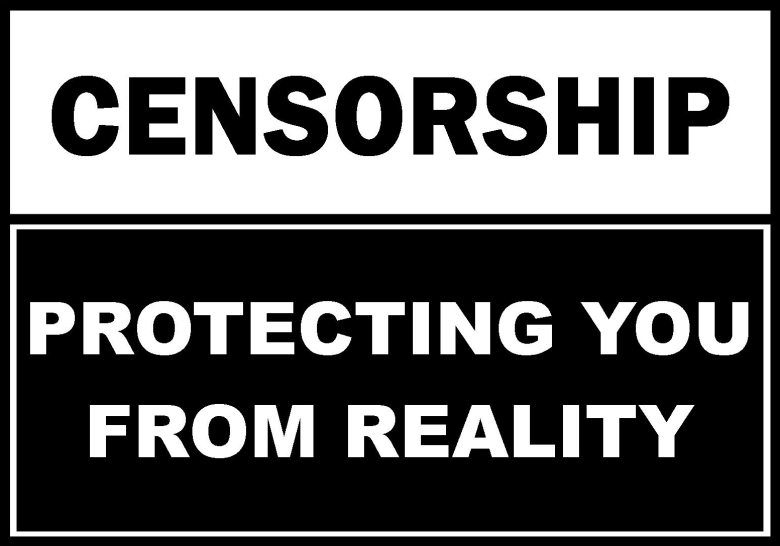 A quick scan over the list of books banned by American schools makes for some intriguing reading. Among their number you can find such famous titles as A Clockwork Orange, by Anthony Burgess, Howl and other poems by Allen Ginsberg, Persepolis by Marjane Satrapi, Grapes of Wrath by John Steinbeck, Lord of the Flies by William Golding, and The Adventures of Tom Sawyer by Mark Twain.

As recently as 2011, Kurt Vonnegut’s Slaughterhouse 5 was banned by schools in Republic, Missouri – with copies only available to students who could present written parental permission.

All of these books have been banned for their use of “bad” or otherwise offensive language.

In this way, the parents of American children who seek to ban these books align themselves with the Daily Mail – who have run a number of fear-filled pieces noting that swearing in books could potentially corrupt children’s minds. And they also share similarities with the notorious law passed by Russian President Vladimir Putin in 2014 that is still in effect today, in which writers can be fined and books banned for including “obscene” or “offensive” language or “objectionable words”, including swearing.

But what impact does banning books for supposedly ‘bad’ or ‘offensive’ language actually have, and what message does it send?

The case against use of swear words or otherwise “bad” or “offensive” language is usually made by those who feat these words either corrupt the language itself or those people reading it. Here, the phrase ‘think of the children’ is frequently heard in shrill cries as concerned parents take a leap of faith in thinking that seeing swear words written down or used by characters in a book may make their innocent kiddos somehow no longer innocent – or otherwise corrupted.

Yet such thought-policing tactics ultimately amount to attempts to control and suppress certain voices and cultures.

Just think of Irvine Welsh, author of Trainspotting (a book which has three instances of “cunt”, one of “fuck” and one of “fucking” on the first page). Welsh rails against moves to censor literature on the basis of swearing – and explains:

“it seems to be an attempt to erase and/or marginalise certain cultures, i.e. the working class, the ghetto and so on. Language is a living, organic thing. If you try to control that and prescribe what people say, the next thing is prescribing what people think.”

Such concerns of course follow the thoughts of Orwell, who wrote in Politics of the English Language that “If thought corrupts language, language can also corrupt thought.” Indeed, Orwell also refuted the idea that one should follow “a ‘standard English’ which must never be departed from” – rather, he said, “correct grammar and syntax are of no importance so long as one makes one’s meaning clear”.

What this again illustrates is that to suggest a book is of poor quality because it deviates from the norm or standard, or because it possesses within its pages swear words or other words in which people find offense, is to completely misread such a book, and to misunderstand the point of it all – not just the book; but culture itself.

This is because culture is not standard. It should not, therefore, be contained or controlled. It is natural. It is alive. It flows and changes in various fluctuations and metamorphoses.

The sterility of censorship

Trying to impose censorship on books for their use of language ultimately serves as a form of defence for the status quo against new ideas and inspiration. This in turn prevents marginalised communities and voices from finding expression through artistic means.

This is a clear danger to all writers – aspiring or otherwise – as well as everyone involved in the book industry, including readers – and ultimately anyone who considers themselves a part of a diverse or inclusive society. This is because it limits freedom of expression in such a way as to suppress new ideas from emerging; enforcing the creation of dull and mundane art that all looks the same – for fear of doing anything that might fall foul of the new age thought police.

In 1945, American novelist and diarist Anais Nin discussed the act of censorship and its effect on originality in her personal diary, writing:

“The important task of literature is to free man, not to censor him, and that is why Puritanism was the most destructive and evil force which ever oppressed people and their literature: it created hypocrisy, perversion, fears, sterility.”

As we’ve discussed before, the act of censorship is indeed brutal and even fascistic in its oppression of freedoms. Indeed, it is often a clear act to control the thoughts and creative expressions of others – limiting originality as it does so.

Scottish author James Kelman – who saw his own book How late it was how late challenged for its use of “offensive language” has himself challenges whether people trying to ban books for their use of swearing really understand how language works.

Kelman writes: “people can use swear words to emphasise the beauty of something – so it’s not really a swear word at all. If you say something is ‘fucking beautiful’, how can it be swearing, because you’re emphasising the beauty of something. If so-called swear words should only be used when appropriate, well what do you mean, ‘when appropriate’? I was in my 20s before I even realised the word ‘fuck’ had to do with a sexual act for some people. It was never used in that way for myself, and none of my community used it in that way.”

Indeed, Willy Maley recognises the range of functions swearing can adopt in Kelman’s work, in his essay ‘Swearing Blind’. Maley writes: “The swearing is integral to Kelman’s power as a writer. It is neither a vulgar and superfluous supplement nor an offensive coating concealing shortcomings in the narrative, dialogue or characterization.”

Were Kelman to have restricted his language and natural writing style to omit certain words, would we have been given such important literary works as he has produced as an author? Almost certainly not. And in this way we as readers would have been denied access to truly original pieces of fiction.

The difference between ‘bad language’ and bad writing

Just because a character in a novel likes to say the word fuck, or because the author of a book uses a narrator unafraid to use expletives in their narration, it does not mean the book you’re reading is bad – and certainly not that it should be banned.

It may seem obvious, but there is a very real difference between a good novel that contains swear words, and a bad novel that is written in fine, puritanical English.

This is because there is a difference between bad language and bad writing.

Bad language, according to Mark Twain, “has no lifelikeness, no thrill, no stir, no seeming of reality; its characters are confusedly drawn, and by their acts and words they prove that they are not the sort of people the author claims that they are; its humour is pathetic; its conversations are — oh! indescribable; its love-scenes odious; its English a crime against the language.”

Anyone who has read Fifty shades of Grey, which contains lines like “My subconscious has found her Nikes, and she’s on the starting blocks,” or anything ever written by renowned author Dan Brown will know what Twain is talking about here.

Indeed, you need only read some of the winners of the notorious ‘Bad Sex in Fiction’ award to see just how badly some writers can abuse language – yet even here (perhaps even curiously) there are often no swear words or expletives in sight. In their place you find only misplaced metaphors and “bulbous salutations”.

Conversely, “bad language” is really nothing of the sort. When writers use expletives – or even deviate from traditional models of ‘standard English’ or spelling and grammar – may well be trying to capture language as it is used by their own community.

With this in mind, how can anyone, after all, be genuinely upset by swearing – words that irrefutably exist and form a crucial element to our language? People so often don’t even swear to be abusive or to cause offense: it’s just how people talk.

Of course, this is not to suggest simply including expletives for their own sake can ever be taken as a sign of good writing or mature writing skill. As legendary writer and editor E B White noted, “vigorous writing is concise. A sentence should contain no unnecessary words, a paragraph no unnecessary sentences, for the same reason that a drawing should have no unnecessary lines and a machine no unnecessary parts. This requires not that the writer make all his sentences short, or that he avoid all detail and treat his subjects only in outline, but that every word tell.”

When it comes to writing – and protecting your own work from genuine accusations of ‘bad language’ – therefore, the most important thing to keep in mind when penning your drafts is ensuring that every word you use is absolutely necessary. If that necessary word may offend Vladimir Putin or evangelical Christian parents in small US towns and states, then you must keep it in – if anything, in today’s world, it may be more necessary than ever before.