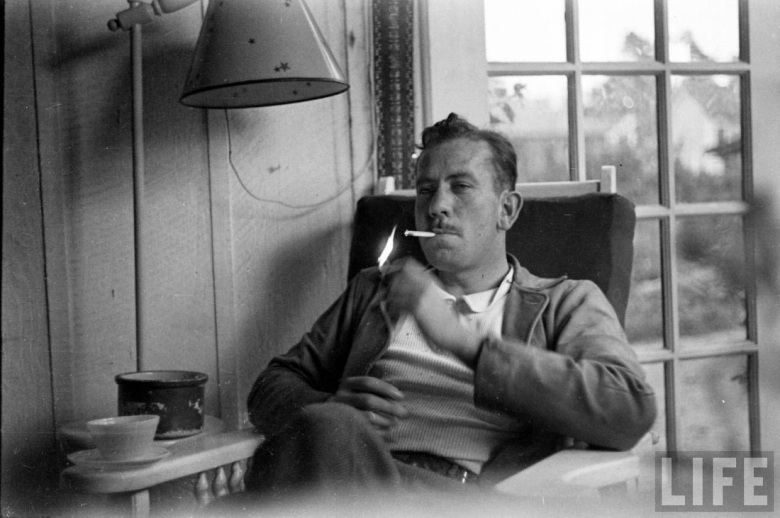 As prophetic dreams go, few are as discomfiting – due to their close proximity to reality – as one nocturnal epiphany John Steinbeck conjured up in the mid 1950s.

A rare writer of uncommon integrity, with a deep resistance to commercialism and a supreme faith in the human spirit, Steinbeck felt the need to pen a short letter to his literary agent and lifelong friend, Elizabeth Otis, after one specific dream caught him off guard. Indeed, the missive speaks volumes about what is perhaps the most significant threat to creative culture today.

“Do you ever dream of getting letters? I used to a lot but haven’t lately until last night when I had one very clear and sharp. I can even see the stationery. It was from Otis Wiess and it said, “We would like very much to print your book The Short Reign of Peppin IV and think we can do it in two large installments. There are, however, certain changes we would like you to make in order that our readers will be more interested. The pace must be considerably speeded up and many of the historical and literary allusions must be removed since they will only confuse our readers. We should also want you to add three new characters and several episodes which are too long to put in a letter. I should like to meet with you to tell you of the changes we will require. Will you please let me know when this will be convenient?”

It was all perfectly clear. When the clock went off this morning I was busy typing an answer and had got as far as “Dear Otis: I have your letter and am deeply pleased with your interest in my book. I would like to suggest to you that rather than put in new characters and episodes, that you get new readers—” And I woke up thinking this was funny as hell and just laughing at my own cleverness. Isn’t that an odd and perhaps prophetic dream?”

Prophetic indeed. After all, we are in constant dynamic interaction with this thing we call culture – which is shaped by our values and, in turn shapes what we come to value. The question of balance between catering and creating is one that is asked by countless aspiring creatives: whether it is the responsibility of those involved in cultural enterprise to cater to what the people already crave, or else to create new, more elevated tastes by insisting on the substantive over the vacant?

It is pretty clear where much of the corporate media (i.e. culture and art for profit at all costs) stand on the issue. How else to explain the constant stream of novels that are copies of other successful novels, and the sequels and prequels of movies, and the exhibitioning of photography and art that is simply clones of previously successful pieces of art or photographs?

There is undoubtedly a necessary dialogue between catering and creating; yet it is difficult not to side with E.B. White, who famously asserted that “writers do not merely reflect and interpret life, they inform and shape life,” and that the role of the writer is “to lift people up, not lower them down.”

Yet irrespective of White’s idealism, we find ourselves immersed in a culture that purveys endless memes of cats because – we are told – that is what we want. We don’t want new films. New stories. New art. New ideas. We want cats getting stuck on treadmills. We want cats looking grumpy. Sometimes we want dogs chasing deer but that is about as far as originality is allowed to stray.

This is part of an overarching narrative that is suffused with a rather insidious implication that cat GIFs – and the occasional inspirational (though usually misattributed) quote superimposed on some stock image of a sunset – are all that we as a people are capable or worthy of wanting or understanding. Increasingly, our agents of culture are abdicating their responsibility to create more elevated tastes and capitulating to catering.

What is to be done? As aspiring creatives, the challenge is and may always remain: do something different. Create something new. It may be difficult. There may be less money in it. But it is possible. It has to be. In the words of Captain Picard, you just have to “make it so”.