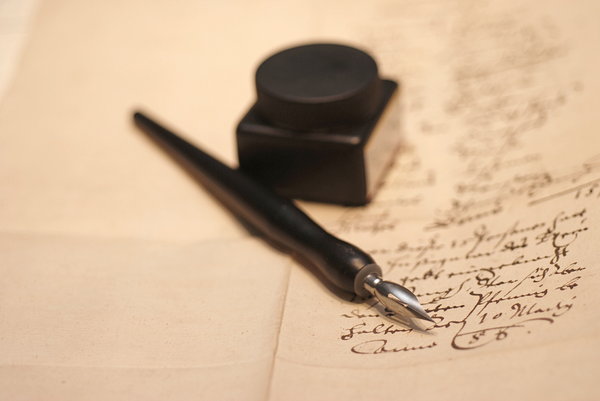 Man has an instinctive inclination toward communication and the written word. Indeed, it is writing that can be held up as the defining record of our civilisation – an enduring and expansive catalogue of human feeling, expression, discourse, thought, history and philosophy. Yet we are also drawn to the study of writing as an art form – inspired by a belief that, through learning, tips and advice, we can learn to write well and beautifully.

Perhaps this is because good writing has to be learned – and even if there are those who possess a natural flair or talent for the craft, this must be honed and cut from its raw bedrock if it is to be perfected. As David Oglivy – iconic businessman and original ‘Mad Man’ – wrote in a 1982 memo to his advertising agency employees: “Good writing is not a natural gift. You have to learn to write well.”

Yet to move beyond simply ‘good writing’, and to attempt to create writing that might be termed great, canonical or beautiful, is to learn more than simple writing tips, tricks and hints. In fact, it requires no less than the someone miraculous mastery of “style” – a rather illusive term that nonetheless is at the heart of one of the most important writing guides; Strung and White’s The Elements of Style, a book of legendary status that has inspired countless writers – and even inspired a rap.

Nearly a century after The Elements of Style was first published, Harvard’s Steven Pinker – arguably today’s most prominent and prolific psycholinguist – has now taken up the task of trying to articulate the science of beautiful writing, in his book The Sense of Style: The Thinking Person’s Guide to Writing in the 21st Century.

In the prologue, Pinker writes:

“I like to read style manuals for another reason, the one that sends botanists to the garden and chemists to the kitchen: it’s a practical application of our science. I am a psycholinguist and a cognitive scientist, and what is style, after all, but the effective use of words to engage the human mind?”

From this starting point, Pinker approaches the question of style first and foremost as a scientist – applying the findings of his field to debunking a number of longstanding dogmas and dictums about writing that are often followed blindly, for instance:

“We now know that telling writers to avoid the passive is bad advice. Linguistic research has shown that the passive construction has a number of indispensable functions because of the way it engages a reader’s attention and memory. A skilled writer should know what those functions are and push back against copy editors who, under the influence of grammatically naïve style guides, blue-pencil every passive construction they spot into an active one.”

However, there is nothing cold or overly analytical in this scientific deconstruction. And this is thanks, largely, to the very obvious fact that the book has ultimately been inspired by Pinker’s love of writing and the written word.

His broader point that carries through the book is that language is not a set of static doctrines; but rather a living, breathing thing – born from a dynamic interaction between writer and reader, speaker and listener. This is the inverse of E.B White’s ‘ecstasy’ of reading – in which White notes that “as in the sexual experience, there are never more than two persons present in the act of reading – the writer, who is the impregnator, and the reader, who is the respondent.”

Because of this intimate relationship, and because of the organic nature of writing, Pinker notes that such rigid rules are both limiting and unnecessary:

“Although some of the rules can make prose better, many of them make it worse, and writers are better off flouting them. The rules often mash together issues of grammatical correctness, logical coherence, formal style, and standard dialect, but a skilled writer needs to keep them straight. And the orthodox stylebooks are ill equipped to deal with an inescapable fact about language: it changes over time. Language is not a protocol legislated by an authority but rather a wiki that pools the contributions of millions of writers and speakers, who ceaselessly bend the language to their needs and who inexorably age, die, and get replaced by their children, who adapt the language in their turn.”

This cross-contamination – or fertilization – of ideas is what drives language and literature forward. Writers have long noted the influence of other writers on themselves and their own work, and this can be seen as a natural evolution of consciousness, creativity, culture and, ultimately – style. As nobel-prize winning writer, J.M Coetzee, notes in this detailed interview:

“There are works of literature whose influence is strong but indirect because it is mediated through the whole of the culture rather than immediately through imitation. Wordsworth is the case that comes to mind. I see no marks of Wordsworths style of writing or style of thinking in my own work, yet Wordsworth is a constant presence when I write about human beings and their relations to the natural world. […]

“One does not pick up ideas from writers, but a style, an attitude to the world [which] as it soaks in, becomes part of the personality, part of the self, ultimately indistinguishable from the self.” 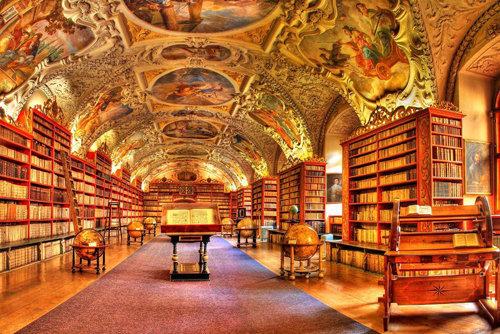 As we continue with Pinker’s book, then, we see that his personal intention is to “distinguish the rules that enhance clarity, grace, and emotional resonance from those that are based on myths and misunderstandings” and to supplant “dogma about usage with reason and evidence.”

The trick then, is to apply insights, writing advice and tips, mindfully – rather than robotically. This is, then, ultimately about consciousness, and deliberately thinking hard about why we do what we do and understanding our intentions when it comes to penning a word, a phrase, a short story, a novel.

Pinker carries on, denoting the three main reasons why style is so important – and why it matters so much today:

“First, it ensures that writers will get their messages across, sparing readers from squandering their precious moments on earth deciphering opaque prose…

Style, not least, adds beauty to the world. To a literate reader, a crisp sentence, an arresting metaphor, a witty aside, an elegant turn of phrase are among life’s greatest pleasures… This thoroughly impractical virtue of good writing is where the practical effort of mastering good writing must begin.”

Pinker, then, does not take Oscar Wilde’s view that “nothing worth knowing can be taught”. Rather, he believes fervently and passionately that everyone and anyone can learn to write beautifully, and write with style – through a combination of both instruction, and – most importantly – by absorption. A kind of creative osmosis, whereupon one is fertilized by the ideas and writings of others. Our own writing self, then, is not who we personally are – but is rather a continually learning, growing thing, created by all the writers we have read and all the ideas we have heard and all the things we have seen.

The most important scientific tool to enable one to write beautifully, then, is no new gadget – no minimalist typewriter – but rather the simple book. And the best guide to good writing is good reading. Just as Susan Sontag said she became a writer by first becoming a reader, and like David Foster Wallace – who urged his writing students to read a lot and read attentively, and as Ray Bradbury advised aspiring writers that the only education they needed was available to them through their local library – so too does Pinker advocate the immeasurable value of reading in learning to write:

“Good writers are avid readers. They have absorbed a vast inventory of words, idioms, constructions, tropes, and rhetorical tricks, and with them a sensitivity to how they mesh and how they clash… The starting point for becoming a good writer is to be a good reader. Writers acquire their technique by spotting, savoring, and reverse-engineering examples of good prose.”

He offers some words of assurance to those entering the craft:

“An aspiring writer could be forgiven for thinking that learning to write is like negotiating an obstacle course in boot camp, with a sergeant barking at you for every errant footfall. Why not think of it instead as a form of pleasurable mastery, like cooking or photography? Perfecting the craft is a lifelong calling, and mistakes are part of the game. Though the quest for improvement may be informed by lessons and honed by practice, it must first be kindled by a delight in the best work of the masters and a desire to approach their excellence.”

The siren call of clichés

But, of course, there are a few time-honoured elements to be aware of, if one is searching to “approach their excellence”. And perhaps the most important of these, Pinker suggests, is to resist any and all urge to fall back to tired clichés:

“Every writer faces the challenge of finding a superlative in the English word-hoard that has not been inflated by hyperbole and overuse… Good writing can flip the way the world is perceived, like the silhouette in psychology textbooks which oscillates between a goblet and two faces.”

Thankfully, Pinker is on hand to offer keen advice on how to search out the perfect word:

“Readers who want to become writers should read with a dictionary at hand (several are available as smartphone apps), and writers should not hesitate to send their readers there if the word is dead-on in meaning, evocative in sound, and not so obscure that the reader will never see it again. (You can probably do without maieutic, propaedeutic, and subdoxastic.) I write with a thesaurus, mindful of the advice I once read in a bicycle repair manual on how to squeeze a dent out of a rim with Vise-Grip pliers: “Do not get carried away with the destructive potential of this tool.”

Ultimately, Pinker reminds us that writing is a “kind of conversation, or correspondence, or oration, or soliloquy” – and because of that is alike to the instinctive human need to communicate (just as Darwin noted that “man has an instinctive tendency to speak”).

However, the trick with writing is to converse with invisible men and women – our inscrutable readers who never show us their reactions. This may at first sound challenging; however, as writers the prescription or remedy to this challenge should come easy enough, since Pinker suggests it requires a simple act of imagination:

“At the time we write, the reader exists only in our imaginations. Writing is above all an act of pretense. We have to visualize [a conversation], and put words into the mouth of the little avatar who represents us in this simulated world.

The key to good style, far more than obeying any list of commandments, is to have a clear conception of the make-believe world in which you’re pretending to communicate.”