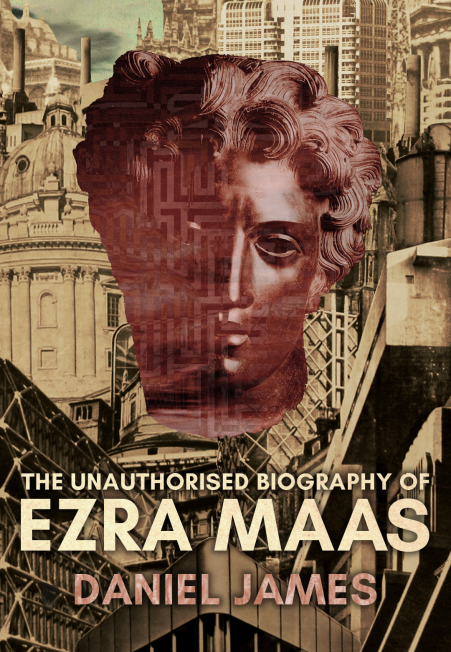 Journalist Daniel James got a call in the middle of the night, offering him a substantial amount of money to write the biography of artist Ezra Mass. Or did he? From the beginning of The Unauthorised Biography of Ezra Maas, writer Daniel James asks the reader to retrace their steps, second-guess every scene. The book is an exercise in metafiction, so dense with intertextuality and references to other artists that it is in itself a crash-course in art and art theory. It’s an impressive creation, offering interesting perspectives on the roles of creators and consumers, but for some the book may be too dense, so saturated in context that it obscures the story. ‘But that’s the point!’ fans will argue. ‘The story IS the context.’ It’s ambitious and provocative – will demand time and patience from readers.

However, the book is also fast-paced and innovative, uses cuttings from newspapers, transcripts of phone interviews and letters to pad out the pages, illuminate the unreliability of the narrative provided by James himself. The book is described as ‘Fiction’ and categorised as a novel, but Daniel James is the main character in the story. A lot of time is dedicated to convincing the reader of the book’s authenticity – there are articles included supposedly from The Guardian, references to very real artists, extended footnotes evidencing claims made in the text – and it’s possible this time could be better spent in-scene, building atmosphere or relationships between characters. The form is exhilarating, however, and lends itself well to a thriller, to a chase for a missing person with an elusive identity. There are shades of Wilkie Collins’ The Woman in White, of contributions made and included by different characters, characters that have then gone on to edit each other’s accounts without consent. Some of the most affecting, gripping moments are delivered in this way. A transcript of a conversation between a doctor and a young Ezra Maas has a particularly spooky conclusion.

It’s genuinely informative too, with footnotes about art and art history that will send enthusiasts Googling for hours. However, the addition of the anonymous narrator, narrating over the top of Daniel James, complicates the book to a degree that is arguably unnecessary. Often, these footnotes slip into analysing the book’s own writing as it happens. While this process is illuminating, it compromises the immediacy of scenes. It is clear from its fragmented form that this is a book designed not to seduce and comfort a reader but to unsettle and throw out: force them to question their relationship with text and narrative. For some this will be a welcome diversion.

It’s an acquired taste, a book that seems to unspool in every direction rather than lead from scene to scene in a linear fashion. However, the subject matter, the setting up of a ‘genius’ character and the examination of this genius, will appeal to art enthusiasts everywhere and fits in well with the release of Quentin Tarantino’s new film, ‘Once Upon a Time in Hollywood.’ It’s a book that makes the reader work hard, makes them complicit in the mystery. Piecing together the legacy of Ezra Maas means piecing together the book, tracing the ghosts behind the lines. 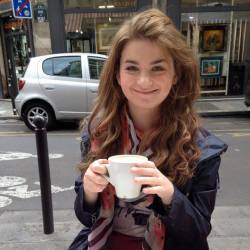 Ellen Lavelle is a post-graduate alumni of The University of Warwick’s Writing Programme. An aspiring novelist and screenwriter, she has worked with The Young Journalist Academy since the age of fourteen, writing articles and making short films for their website. She’s currently working on a crime novel, a historical fiction novel and the script for a period drama. She interviews authors for her blog and you can follow her @ellenrlavelle on Twitter.