It’s been said before and will be said again; but one of the most – if not the most – important parts of writing is re-writing. Writing often isn’t about inspiration or waiting for your muse to arrive – it’s about getting down to it and finally actually writing that novel you’ve been working on – and then fine-tuning it. Writing is about finding your way into the moment and sustaining the energy for as long as you can effectively and in the rhythm of your narrative. Then it’s about checking what you’ve produced and making sure you succeeded – and even where you’ve done well, it’s about looking at your work in the cold light of day and trying to improve it even further (for example, by cutting out clichéd phrases like the cold light of day).

Here, for you today, we have brought you a selection of the most delicious quotes on rewriting and revision from some of the finest writers of the last 100 years. Enjoy!

“The greatest pleasure in writing is rewriting. My early drafts are always wretched.

Revision takes time, a pleasing long process. Some of these essays took more than eighty drafts, some as few as thirty… Because of multiple drafts I have been accused of self-discipline. Really I am self-indulgent, I cherish revising so much.”

“When you finish your novel, if money is not a desperate priority, if you do not need to sell it at once or be published that very second — put it in a drawer. For as long as you can manage. A year or more is ideal — but even three months will do. Step away from the vehicle. The secret to editing your work is simple: you need to become its reader instead of its writer. I can’t tell you how many times I’ve sat backstage with a line of novelists at some festival, all of us with red pens in hand, frantically editing our published novels into fit form so that we might go onstage and read from them. It’s an unfortunate thing, but it turns out that the perfect state of mind to edit your own novel is two years after it’s published, ten minutes before you go onstage at a literary festival. At that moment every redundant phrase, each show-off, pointless metaphor, all the pieces of deadwood, stupidity, vanity and tedium are distressingly obvious to you. Two years earlier, when the proofs came, you looked at the same page and couldn’t see a comma out of place. 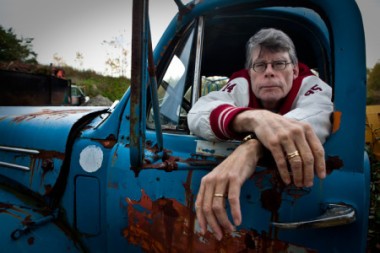 “Mostly when I think of pacing, I go back to Elmore Leonard, who explained it so perfectly by saying he just left out the boring parts. This suggests cutting to speed the pace, and that’s what most of us end up having to do (kill your darlings, kill your darlings, even when it breaks your egocentric little scribbler’s heart, kill your darlings)…I got a scribbled comment that changed the way I rewrote my fiction once and forever. Jotted below the machine-generated signature of the editor was this mot: ‘Not bad, but PUFFY. You need to revise for length. Formula: 2nd Draft = 1st Draft – 10%. Good luck.’

“Your eloquence should be the servant of the ideas in your head. Your rule might be this: If a sentence, no matter how excellent, does not illuminate your subject in some new and useful way, scratch it out.”

“The most important thing I’ve learned about writing is never write too much at a time… Never pump yourself dry. Leave a little for the next day. The main thing is to know when to stop. Don’t wait till you’ve written yourself out. When you’re still going good and you come to an interesting place and you know what’s going to happen next, that’s the time to stop. Then leave it alone and don’t think about it; let your subconscious mind do the work.

The next morning, when you’ve had a good sleep and you’re feeling fresh, rewrite what you wrote the day before. When you come to the interesting place and you know what is going to happen next, go on from there and stop at another high point of interest. That way, when you get through, your stuff is full of interesting places and when you write a novel you never get stuck and you make it interesting as you go along. Every day go back to the beginning and rewrite the whole thing and when it gets too long, read at least two or three chapters before you start to write and at least once a week go back to the start. That way you make it one piece. And when you go over it, cut out everything you can. The main thing is to know what to leave out. The way you tell whether you’re going good is by what you can throw away. If you can throw away stuff that would make a high point of interest in somebody else’s story, you know you’re going good.”

“Reread, rewrite, reread, rewrite. If it still doesn’t work, throw it away. It’s a nice feeling, and you don’t want to be cluttered with the corpses of poems and stories which have everything in them except the life they need.”

In nuce, then, writing is two steps: the first draft, and the second, repeated on and on, ad infinitum until the process simply cannot be sustained (or until you die and leave your unpublished manuscripts in a loft somewhere in the hope that a future generation of your grandchildren will uncover the books, find something meaningful in it and whack it up on the internet in an eBook). But the important thing to remember is that rewriting is, in so many ways, not too dissimilar from the writing part. You’re just taking existing writing and making it better.

Now, what’s so hard about that?