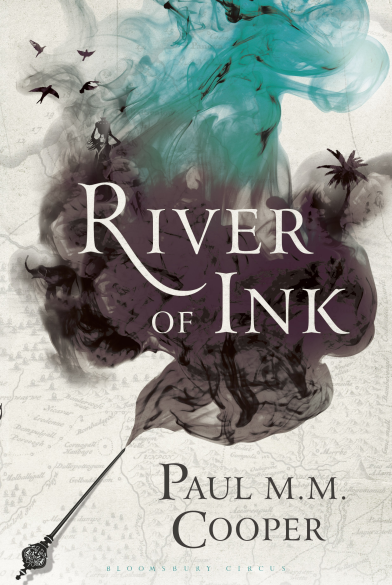 At a time when the world seems at times to be descending into chaos, and with writers, artists and activists imprisoned, and persecuted, a story about a poet whose written words change the world and fight injustice is exactly what the doctor ordered. It was a real treat, therefore, to review River of Ink, the new novel by British author Paul Cooper.

Within this novel, mediaeval Sri Lanka is vivified – it lifts itself from the pages and chapters and engulfs you, utterly and completely, in the real, lived intricacies and complexities of the mysterious and intriguing world Cooper weaves for us. It is a world of steaming jungles and dust-covered streets, of stamped okra fingers and pink rambutan skins and, of course, of spat betel juice – a continuous feature of this world we encounter again and again, until we start looking for it in our own homes and streets.

Asanka’s world becomes familiar for us, in this way, yet this does not hinder our ability to be surprised by the things we see and the characters we encounter: Sarisi, Asanka’s mistress, whose own story and thoughts intrigue us right to the end of the book and beyond; King Magha, the tyrant king who is not entirely unlikeable, even if he does have a touch of Hitler or Pinochet about him; the Queen of Polnnaruwa who we, like Asanka, underestimate.

As the story twists and turns, the shifting literary world we encounter seems to move as we move, and the language lifts it up – bringing us both beautiful and terrible things, fear and hope, anger and hate; but most of all love. In some novels, the use of similes can be distracting; but here each one seems to fit and compliment – rather than detract from – the story itself and the language used. Cooper’s description of an ancient tome of the Shishupala Vadha as sitting on a table “like a blood fat tick”, for instance, reminds us how similes, when used properly, can present us with new ways of looking at things in the world – and the world itself, which we never otherwise would see.

There is also something about the way Cooper presents us with the thought processes of Asanka that suggests a writer of clear skill and ability. For the court poet is so clearly humanised by his clear faults, as well as his virtues. We will Asanka to show more courage – every time he is summoned to speak with the cruel King Magha he immediately fears the worst, and is reduced to internalised pleading and reasoning – yet know in our hearts that the fear he has is our own. This presents us with a psychological cohesion that is all the more important when you’re telling a story that treads the balance between madness and sanity, in which characters are exposed to gruelling mental stresses and tensions that could so easily break them.

Part of Cooper’s success here is undoubtedly down to the language used, and the rhythms within each of Asanka’s internalised thoughts – as well as the vivid descriptions of the world and landscape around him. Surprising twists in the shape and structure of the novel as a whole – for instance, the use of poetry, as well as longer interjections of separate narratives from a mysterious other source – give you the feeling that the very book you are holding is alive in a way that is both beautiful and unsettling, as though the story had its own consciousness and self-awareness.