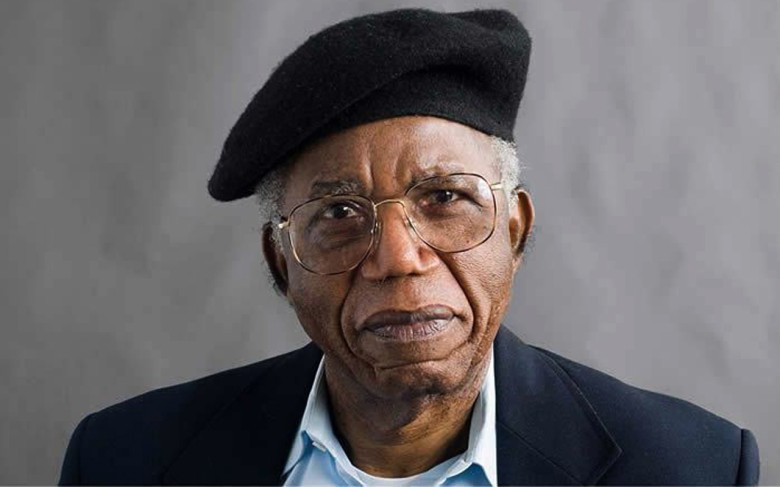 The Nigerian novelist is rightly regarded as one of the greatest writers of the past century. His debut novel, Things Fall Apart, is still the single most widely read book in African literature, despite being published in 1958.

Yet despite his fame and status, few people are familiar with his lesser-known – though certainly not ‘lesser’ in any other sense – poetry. Indeed, this was something the great man himself was well-aware of: joking in a 1998 lecture at Portland’s Literary Arts event that there was a “conspiracy” theory against his poetry.

Yet his love for poems and poetry dates back to the very dawn of Achebe’s career as a writer. And the very title of his magnum opus is borrowed from a line in Yeats’s poem “The Second Coming”.

It was only thanks to Professor Wu stumbling upon this edited recording of his nearly two-hour long Literary Arts lecture during his idle trawling through the interwebs that we have discovered this fantastic example of Achebe reading three of his poems, later published in the 2004 anthology ‘Collected Poems’.

Complement Achebe’s poetry with some examples of poetry from our own fabulous contributors – or contemplate the role of poets and other creatives within society, and their place in culture.