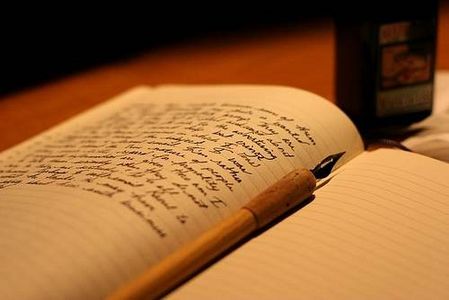 Writing, we know, is a serious business. Behind the scenes, many writers admit they struggle with the daily work of writing, clocking thousands of solitary hours staring at blank pages and computer screens. Most agree on common hurdles: procrastination, writer’s block, the terror of failure that looms over any creative project and, of course, the attention sucking power of the Internet.

But it is largely thanks to the wonderful attention sucking power of the Internet that we have stumbled upon a rather intriguing writerly discovery!

A new initiative from novelist Joshua Cohen lets you watch him write his next novel, in real time, with video.

Called PCKWCK, it’s a Google Docs style app that lets you watch the novel develop from start to finish, complete with typos, re-writes and other mistakes.

You can even chat with Cohen and anyone else watching, and highlighting the text in the live view sends ‘hearts’ to him, similar to Periscope (because isn’t that just adorable).

Hypnotizing to watch, or just another excuse for you to put of writing that novel you’ve been working on? You tell us! Let us know whether you think this is a cool idea, where aspiring writers can get a new insight into how a novel is written, or is it just more of the self-referential narcissism  we now expect from ‘digital writers’? Leave your thoughts in the comments section below!