Mired in controversy since it began, the Man Booker Prize has long held the attention of the literary world. In its time, the Prize has witnessed what is as close to an authorial punch up as can be – when William Golding squared off against Anthony Burgess. It was once described by Richard Gott as “a significant and dangerous iceberg in the sea of British culture that serves as a symbol of its current malaise.” And has faced accusations of its listed books being both “too high brow” and “too readable.”

Yet irrespective of the claims against it, the prize has endured. And, as the shortlist has now been announced, we here at Nothing in the Rulebook thought it would not be out of place to suggest an alternative literary list for our fine readers to contemplate.

Supposedly, the Booker Prize aims to recognise the best British or Commonwealth authors. Yet here there undeniably seems to have been some bias toward the English. Despite a population of just 2.5% of the commonwealth, over half the winners of the prize have hailed from England’s shores. And, while there have been notable winners from former colonies, including the South African novelist J M Coetzee, it should not escape our attention that an overwhelming number of Booker judges are middle class English people, who are perhaps likely to prefer their own nation’s literature.

With this in mind, we will therefore endeavour to correct this imbalance in our own shortlist. While we have no funds to actually offer the authors on this list any prize money, we can offer a potent cocktail of hopes, dreams and admiration – and that’s probably just as good.

Reading in the Dark – Seamus Deane 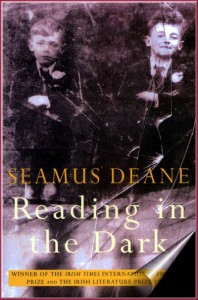 In strikingly lucid language and scenes fired by a spare, aching passion, Reading in the Dark combines the intimacy of a memoir with the suspense of a detective story. Seamus Deane’s poetic inclinations shine through in his debut novel, perfectly illuminating a coming-of-age story of an unnamed narrator in Northern Ireland. Deane captures the underlying, subconscious fears present throughout the course of the ‘troubles’ – where people live as “if they might explode any minute” and can be “disappeared”. Yet this is a pervading background to an essentially familial story, which contemplates love, religion, innocence, love and truth. And while answers to the novels questions come in bits and pieces, by the turn of the last page readers lives have been illuminated, washed in an elegant, graceful and forgiving prose. 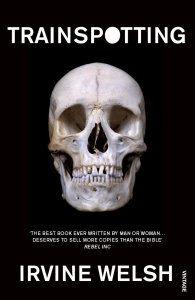 Considering two Man Booker Prize judges successfully pulled Welsh’s Trainspotting from the 1993 prize shortlist by threatening to walk out, it seemed especially apt that we list the novel here. For readers who do not come from lowland Scotland, one of the particular pleasures of this book is becoming totally immersed in the language and dialect of the novel’s characters. Ostensibly the plot follows a group of Edinburgh heroin addicts, and through its rawness, Welsh draws the reader into a world of urban depravity, Aids, drugs, and individualism – the latter an ironic homage to Thatcher’s neoliberalism, where we see in action what it’s like to live in a world where “there’s no such thing as society”. 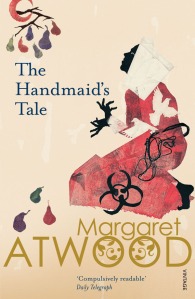 Canadian author Margaret Atwood’s dystopian classic tells the chilling tale of a concubine in an oppressive future America. Almost 30 years since it was first published, the book is perhaps more vital than ever. Atwood’s lyrical prose is the vehicle used to transport readers to a world where facts appear to merge into one another, and history appears immaterial. This is a fiercely political novel and, while bleak, remains both witty and wise. Arguments continue as to whether this can be classified as a work of science fiction, yet to get caught up in such debates ignores the unarguable fact that this is a truly brilliant novel by an excellent author. 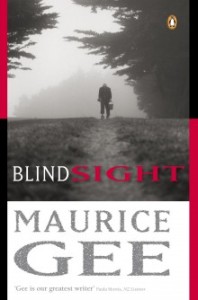 Widely acclaimed when first published, New Zealand author Maurice Gee’s Blindsight offers readers a complex but knowing portrait of siblings who were once close but are now completely estranged as adults. As the novel evolves, Gee brilliantly draws readers into the past histories of his main protagonists slowly revealing the hidden reasons Allice Ferry and her brother Gordon now live such divergent lives. Deserves to be regarded as one of the best novels published in New Zealand in the past couple of decades. 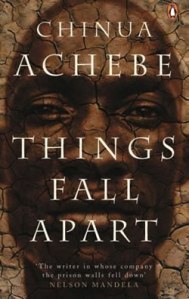 Published first in 1958 – the time Britain, France and Belgium finally began to recognise the failure of colonialism and begin their unseemly withdrawal – Chinua Achebe’s debut novel concerns itself with the events surrounding the start of this disastrous chapter in African history. Setting the book in the late 19th Century – at the height of the “Scramble” for African territories by European powers – Achebe tells the story of Okonkwo, a proud and highly respected member of the Igbo clan. Through his eyes, we witness a village that has not changed substantially in generations become utterly transformed upon the arrival of the English. Yet it is the Bible – not the gun – that becomes the most violent weapon of choice by these “clever” white men. Set to remain on of the great novels of the colonial era, and the book that announced Achebe to the world as a most brilliant writer, it would be a disservice not to include this masterpiece on our humble list. 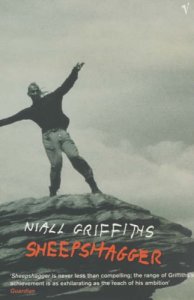 Despite being born in Liverpool, Niall Griffiths’ strong familial ties to Wales earned the dubious honorific “the Welsh Irvine Welsh” for the stunning vernacular monologues in his books ‘Grits’ and ‘Sheepshagger’. Though there are linguistic and political similarities, it’s a disservice to think of Griffiths’ book as an imitation of ‘Trainspotting’. Here we follow anti-hero Ianto – a near mute “inbred” savant with a mystical connection to nature, who divides his time between roaming the mountains of his childhood and accepting whatever drug or drink is offered by his circle of friends. As the novel progresses, we witness near Bacchanalian horrors, a distorted but nonetheless sublime depiction of the natural world, and Ianto’s ultimate downfall. It’s vivid and compelling, a modern sensibility informed by Greek tragedy and the Blakean sublime.

So, there we have it. A finer shortlist of novels than you’re otherwise likely to find today. We may not have the excitement of guessing which of these great books will emerge the ultimate, victorious winner, but perhaps that doesn’t matter. After all, in a way, we’re all winners here. Because we’re the ones who get to go out and read these books and enjoy doing so, without ever having to carry out the agonising process of actually writing the damn things. Some might say such thinking is a bit of a luvvie-duvvie cop out; but nobody wants to treat writing like a competition, right?